The OG Lemon strain is very easy to come by as it is common and used by a large population of people.

It is very effective and even though the effects of this particular strain do not last for very long, the speed of this strain and the effectiveness, you experience when you use it sure does make up for the lack of longevity.

The Lemon OG strain is actually a cross between the Las Vegas Lemon Skunk and The OG #18.

The effects of this strain make you feel sleepy and relaxed so that you can get rid of stress, and rid yourself of anything that is irritating you. The plants of the Lemon OG strain usually have a flowering time of 8 to 10 weeks.

The strain is good for people who want to sleep and are having trouble doing so. This strain is also particularly effective for increasing your appetite and getting rid of nauseous feelings that may come and go without occasion.

This strain is good for making you feel euphoric and happy. It uplifts your mood and makes you feel creative and sleepy. This is good for you if you are under a lot of stress.

The Lemon OG strain is immensely popular amongst MMJ and recreational users. It comes from two world-class strains and provides a refreshing smoke and a relaxing high. This is a ‘feel good’ strain that can boost appetite and perhaps help you drift off to sleep at night. 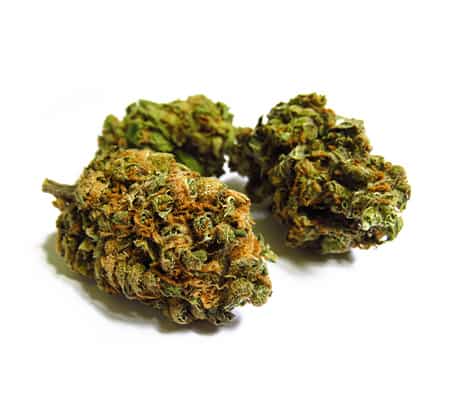 Once upon a time, cannabis was so hard to get that users were grateful for whatever they could find. The outstanding ‘sinsemilla’ marijuana we enjoy today was rare.

Instead, users received weed with lots of seeds and stems and much less THC than today. As a result, considerations such as the ‘taste’ of a strain didn’t matter so much.

Fast forward a few decades, and things are completely different. Marijuana is now extremely prevalent in the U.S.

The stiff competition between breeders means they must produce cannabis that provides an epic high AND also tastes fantastic. Lemon OG is a prime example of what happens when the breeders get it right.

What Is the Lemon OG Strain?

It is a slightly-indica dominant hybrid that’s a cross of OG #18 and Lemon Skunk. Also called Lemon OG Kush or Presidential Kush, this strain provides a delightful lemony taste and scent. DNA Genetics, a breeder founded in 2004, created Lemon OG and has earned several awards for its efforts.

Users say that any negative vibes that surround them dissipate once Lemon OG gets to work.

The intoxicating high becomes noticeable within minutes. Moreover, it only takes a handful of tokes to get the desired effect. Initially, you may feel euphoric and happy.

Users say that any negative vibes that surround them dissipate once Lemon OG gets to work. There is also a chance that you will experience fits of giggles. As a result, you might find it useful before heading out for a sociable evening.

Once the body high takes over, you will feel completely relaxed and at ease with yourself. If you are out, it is best to make plans to get home before the body buzz becomes too potent.

It doesn’t tend to cause couch-lock amongst experienced users. However, if you overindulge or have a low THC tolerance, you’ll find it hard to fight off the heavy-limbed feeling.

It is also a good idea to have snacks to hand because Lemon OG cause can spike the appetite.

It is a marijuana strain with a striking scent. The potent citrus and lemon notes hit your olfactory system immediately after opening the bag. The large quantity of terpenes is apparent as the sweet citrus combines beautifully with hints of skunk and kush.

This is a strain that doesn’t disappoint in the taste department. There is a creaminess to the lemon taste that makes It a sensational smoke.

You may also get herbal and spicy notes that titillate the tongue. The sweet lemon dominates the palate upon the exhale. Overall, this is one of the best-tasting cannabis strains on the market.

This strain has an extremely high calyx to leaf ratio, which is expected given its intense taste and smell. it’s leaves may appear yellow at first glance; such is the paleness of the green coloring. It has sticky white trichomes and orange pistils that make this an alluring strain from an aesthetic standpoint.

This isn’t the best strain for first-time users, but it does offer lots of potential for novice growers. It is possible to get feminized and auto flowering its seeds easily online. If you’re looking for a low-maintenance strain that still provides a reasonable yield, it is ideal. 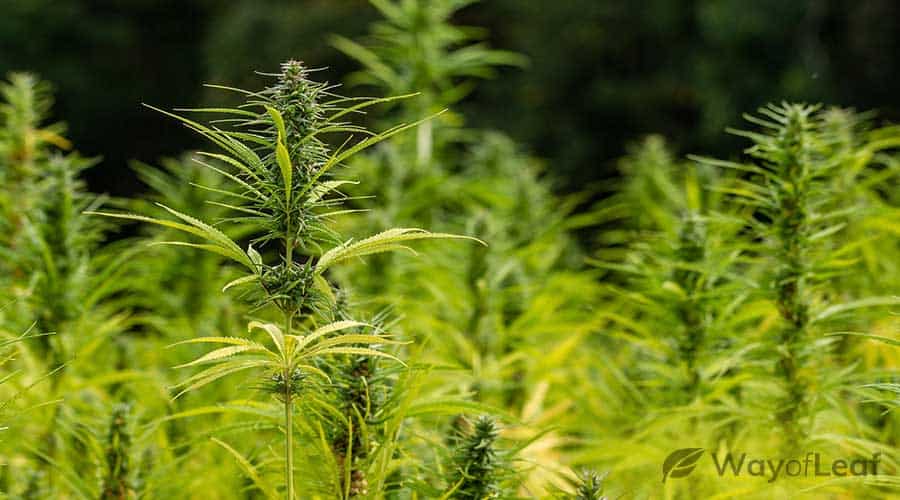 It grows well indoors or outdoors. If you elect to cultivate it outside, please note that Lemon OG thrives in a warm and dry climate. When the temperature is too low, there is a chance that the plants could go into shock. If this happens, it ensures a decreased yield as the strain stops growing for a short period.

If you elect to grow Lemon OG outdoors, it can produce an incredible yield of over 30 ounces per plant! It is generally ready for harvesting by mid-October.

For most cannabis growers, cultivating plants outdoors isn’t feasible. Remember, even in states where it is legal to grow weed, you must do so on private property away from public view. Therefore, it is more realistic to grow Lemon OG indoors.

This strain may require occasional trimming, but it is resistant to pests and disease. Therefore, all you’ll need to do is water your plants and occasionally give them nutrients. You can get 14-16 ounces of bud per square meter when you grow Lemon OG indoors. Its flowering time is approximately 9-10 weeks.

Despite its reputation as an appealing recreational strain, Lemon OG has many fans in the MMJ community too. The fact that it can improve a user’s mood bodes well if you want to try it for depression. The negative thoughts that plague you could become a distant memory while

high on Lemon OG. Individuals with stress could also benefit from how chilled out and relaxed this strain makes them feel.

Be the first to review “Lemon OG” Cancel reply